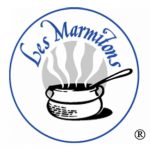 As told by - Mr. Rene Suter

When cooking - Have fun

Yes, I am the founder of “Les Marmitons de Montréal” together with a few
friends but the idea was not mine.

With 30 years behind us since the beginning of “Les Marmitons” a little
history, I think, might be in place, right now.

The history of the Marmitons starts in the early 1950 in my home town in
Basel, Switzerland where a radio personality and a newspaper man got
together with a few friends and started cooking.

“Der Club kochender Männer”, as they where called in Switzerland, was born.
They started to talk about it on the Radio and there were write-ups in the newspapers and word spread around.

Soon there where “kitchens” (chapters) as they where called, in a lot of larger
and smaller cities in Switzerland and at that time the “Knorr Soup Factory”
came into the picture as a sponsor.

They sent packages of soup mix and other items and also recipes to the
different groups, created a newsletter and also started supplying these
groups with fancy aprons and hats. All publicity for them of course.

It was very easy to find places to cook as every gas and electric company had what
they called test kitchens, where ladies and girls took cooking classes.

We cooked once a month, at the beginning with Knorr recipes and later each
member had to head a session, bringing his own recipes and supervise the class.

At the end of each evening there was a “critique session”.
It took me 12 years to finally get the “Marmitons” started here but only because I
never could figure out where we could cook.

Then I asked my good friend Peter Müller if we could cook in his Restaurant
kitchen on Sundays when the establishment was closed. He at that time was the
partner and chef of the “William Tell Swiss Restaurant” in Montreal.

The answer was “No! - But I have much better idea. We go and see Soeur Berthe
Sansregrets up on Stanley Street where she has a cooking school for ladies and
young girls”.

We went there, had a few cognacs with her and the “Marmitons” were born and
had a home.

I talked to friends, we formed a committee of which I was the president, Bob Hutz
the VP in charge of buying food and liquids, Jim Johnston the Treasurer, and Peter
Müller the Culinary adviser and supplier of Chefs, aprons, jackets, and all things
which from time to time were missing.

With Peter Müller being a member of “La Société des Chefs de Cuisine de
Montréal” practically no renowned chef in the city was able to slip through the net.
They all were invited and came to cook with us and I truly believe they had fun
doing it even though not getting paid.

Apéritif, présentation du chef, mise en place selon la recette du chef,
démonstration du travail .. . . and back to the stations it was for us to execute the
work under the supervision of the chef.

About 8:30 was time to eat and drink again and by about 10:00 to 10:30 the kitchen
had to be cleaned, dishes done and pans scrubbed under the “eagle eye” supervision
of Soeur Berthe and we could leave.

The charges were 20 dollars for food and drinks which went up to 25 dollars later.

The general meeting was held in the bus on the way to the place we were having
dinner. The treasurer, Jim Johnston, was always able to show a surplus with the
little money we charged at that time.

At this point I would not like to miss the opportunity to thank some people although
they are not present who were of big help during that time and still are dear friends
today:

Peter Müller who helped me get the organization off the ground and helped in so
many ways over the years I was in charge.

Bob Hutz, the VP, who always ensured that food and drinks were in place.

Jim Johnston who looked after the til.

We at that time were about 45 members of whom 16 to 25 attended the monthly
cooking sessions.

Today I see that you are 13 chapters in Canada and the United States with 700
members. What a success Mr. President! I congratulate you and all your members
and wish you all continuous success.

Keep on growing and I will start saving my Air Miles so that by the time the 40th
anniversary comes around in 2017 I can come and meet you in Shanghai, Tokyo or
Paris or where ever the Congress might be held.

When cooking - Have fun.

Thank you for having me, I wish you well and have a pleasant evening. - Merçi!